Jaffa is the Levant.

But as things go,  unpredictable and unstable city turns personal and friendly when you know its people. With this knowledge you feel you can tell right from wrong, decide what is worthy and what is not.

I know most of the people I photographed since my very early days in Jaffa. I like them, and many others that I have not photographed – city has many faces.

Am I part of Jaffa? I was born in Jerusalem, moved to Tel Aviv when I was 8 and came to Jaffa when I turned 32. I have never lived longer in any other place. Many of the faces of Jaffa are the same. Like most cities, people  comes & go.

With the years I shared with the people of Jaffa political, social and civil struggles that shaped the character of the city.

Other people put in the taste.

Muhamad Atiya and his late father taught me that each of Jaffa’s Pita  bakeries has a distinct taste. George, Mitry & Johnny Bahu showed me how to bend iron. They are the welders that gave shape to Hasan Bek mosque grates. But for Ahmad Zibda,the carpenter, no table would have stood on its four legs, and but for Omar Siksik, Abed Satel and their colleges in The League for the Arabs of Jaffa, partners for many protests and struggles, I wouldn’t know about what troubles the  Arabs of Jaffa, neighbors to the Jews of Jaffa.

Yefet street is Darb Gaza is Share Ajami. Yafo-Tel Aviv Road is the Road to Nablus. Oley Zion Road is the pilgrims road to Jerusalem.

Jaffa has a long memory. She remembers the birth of  Tel Aviv.

Jaffa is the litmus paper of the Israeli Society. Whatever happens in Jaffa –  Everything  we like, everything we fear .

The many faces of Jaffa are the painter & sculptor Ofer Lallouch, of Yan Rouchverger the Painter and Galit Rouchvrger the photographer and engraver, the Architect Olesh Key that renovated the flee market,  the curator Moran Shuv And Daniel yofe that circumnavigated the globe, found his place in the old port of Jaffa and he and his wife Daniela makes their living by making wooden toys. Halil is selling fish at the corner of Yefet S& Mendes France street and in The Hubly

Bubbly Kafe of Hamudi Tursina, where Jews and Arabs gave hands to keep the city sane in the bad times  sits the Cards players who care for nothing but the sweet smoke.

And above all hovers the spirit of Abu Hasan who taught us to wipe divine Masabha with Pita that was baked by Atiya. May his soul rest in  heaven.

These are the face of Jaffa. 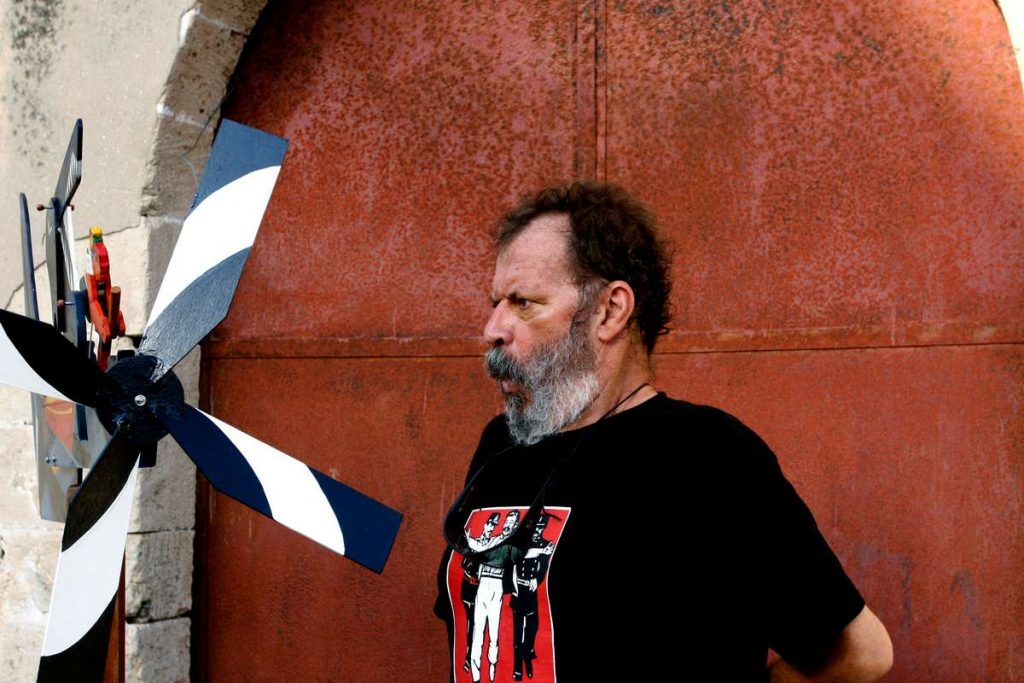