Love on the Divide

The Face Of Yafo

Trump’s decision to withdraw US troops from Syria made me reminisce about the dark days of October 2014. I sat on a hill facing the Syrian town of Kobanî, which was then under Islamic State siege. The militants had already taken over most of the town, and had it not been for the assistance of the US Air Force, IS would have completely taken over the area and massacred its Kurdish population. The Turkish army stood by and watched as the Kurds were fighting for their lives.

Kobanî was the turning point in the battle against IS, because it prompted the Americans to intervene, initially to save the Kurds, and later to rescue the Yazidis in an aerial operation in Jebal Sinjar. It was Barack Obama’s America.

A few months later, as I traveled across the Jazira region, I closely accompanied the Kurds and the Yazidis who were relentlessly fighting IS in a battle of good versus evil. Women and men of the Kurdish militias in Syria were fighting alongside each other according to the philosophy adopted by the Kurdish rebel leader Abdullah Ocalan—imprisoned in Turkey since 1999—based on egalitarianism and a desire for a humane society.

It was easy to bond with the Kurds over a conversation about Israeli inaction when it comes to the suffering of the Kurdish population, who openly ask to form an alliance with the Jewish state. My heart is with the Kurds who let me sleep in their homes and eat their food, and who shielded me during battles.

The independent Kurdish region of northern Syria, formerly known as Rojava, is flat and rich in oil. The Kurds can not survive without the aerial support. The Turks, the Russians, or even Syrian President Bashar Assad’s forces will devour them whole. Even in Afrin, which was occupied by the Turks through the assistance of the local jihadists at the onset of 2018, the Kurds didn’t have to face drones, helicopters and Turkish fighter jets.

Turkish President Recep Tayyip Erdoğan’s statement following a conversation with Trump, according to which he will destroy what’s left of IS (and the Kurds) in the war-torn country, is a mixture of intentions and lies. Of course he will destroy the Kurds, but the withdrawal of US troops from Syria actually helps IS to survive by escaping a Kurdish-American onslaught.

Erdogan will not destroy IS; they are practically part of the Turkish military, trained and nurtured by Turkey’s leader. The IS fighters whom I questioned after they’d been captured by the Syrian Kurds testified that Turkish intelligence officers were preparing them for battle and supplying them weapons.

Once the Kurdish forces are destroyed, the next step will be the ethnic cleansing that Assad and the Turks have been planning since
the start of the civil war in Syria. Hafez al-Assad, the father of the current Syrian president, resettled the local Arab population in the Kurdish territories in order to weaken the native Kurds. Although some of the Arabs left the region when the Kurds built their independent state there, the Arab jihadists will return if Assad’s forces or Turkish military take over the area.

Trump’s decision to betray the Kurds to appease Erdogan is the action of an immoral man. It also does not strengthen America, it weakens it. So much damage caused by stupidity of one man. Obama, unlike the right-wing Israeli propaganda, understood Erdogan’s true nature and protected the Kurds.

Obama refused to order strikes on Syria back in 2013 following a chemical attack—which had allegedly been carried out by the Assad regime—after he was made aware of the tests conducted in British laboratories that revealed that the chemical agent had been supplied by Turkish intelligence and dispersed by jihadists working for Turkey, in order to force the US to enter the conflict in Syria.

The former president managed US foreign policy by prioritizing the interests of America and its allies in the region—Israel and Jordan. He sent the special units’ soldiers and outlined a clever strategy of hitting IS from the air in the open plains of the Syrian desert, pushing them out of the area with the help of the Kurdish forces.

The strategy helped the Kurds to take control of some 40% of the Syrian territory, which blocked a land route used by Iranian military envoys to smuggle weapons to Lebanon’s Hezbollah, and shielded the Kurds in northern Iraq. Trump, by dancing to Erdogan’s tune, gave a lifeline to the remaining IS fighters. Turkey’s leader is one of Israel’s most treacherous enemies, and his statements—backed up by NATO’s large and well-equipped army—should be taken seriously. 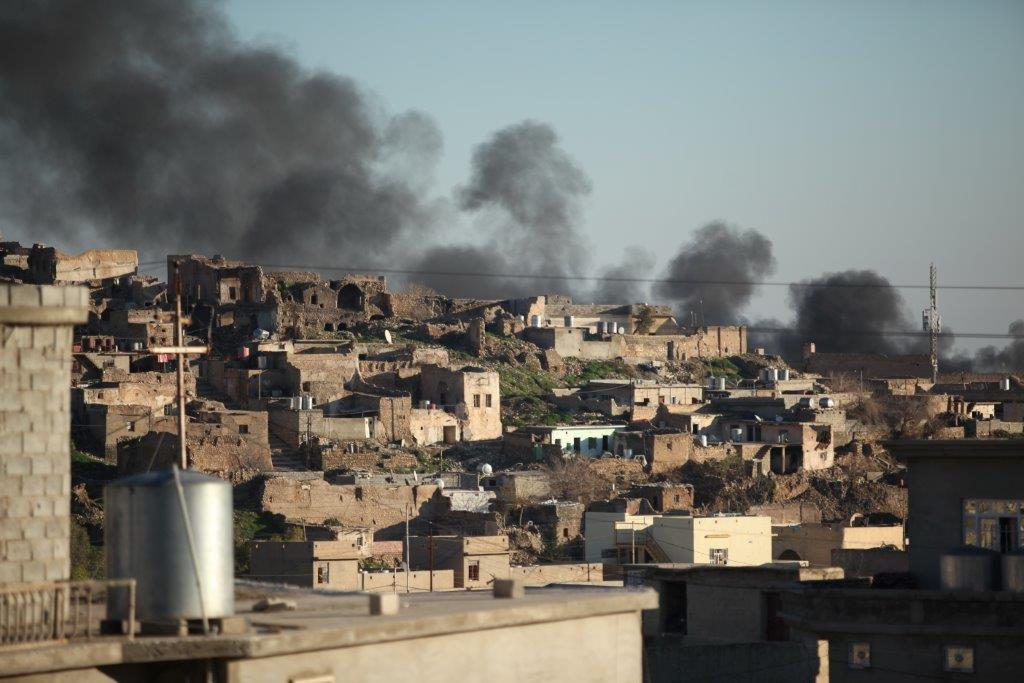 Betrayal is rarely witnessed in real time. Israel has never been betrayed by an American president up to this day. Well, the apocalypse is now.
The quasi-independent Kurdish area in northeastern Syria is now either at the mercy of the Turks, who in principle hate Kurdish independence, or at the mercy of the Russians, who aspire to extend their dominance over all of Syria.

Since Trump’s dramatic announcement, my Kurdish acquaintances in Syria have been trying to reach me through any means of communication they have available, telling me in a trembling voice that their fate is sealed. What can I tell them? That I’m sorry? That there’s nothing I can say that would encourage them?
The only silver lining is that French President Emmanuel Macron announced the country’s troops will stay in Rojava, meaning that Trump might just dismantle the NATO by taking the United States out of the equation and pitting Turkey and France against each other. The question is whether this situation puts Europe at odds with Russia.

This strange predicament also leaves Israel exposed, because even though I don’t envy the Kurds, our country has not been in such a vulnerable geo-strategic position in quite some time.

This is an important life lesson. Netanyahu supported Trump wholeheartedly and believed (like many others on the Right) that the current US president is the best thing that ever happened to our country. Netanyahu even delivered a speech at the United Nations praising Trump, while warning us about the dangers of Iran. The prime minister’s warm friendship with the unethical and unstable American president, tells us that Netanyahu is not that different from Trump. However, Trump cares neither about Netanyahu nor Israel.

So, who will protect the Middle East from Turkey, Russia and Iran? Not Netanyahu, who is another ingredient in this stomach-churning meal we’ve been served up.

THE WAR THAT NEVER WAS